Dr. Flynn is a chiropractor in Tyler, TX

Dr. Blake Carroll was born and raised here in Tyler, TX. As an East Texas native, you can usually find him doing something outdoors or being active. He enjoys tinkering with muscle cars in his spare time and can always be found with his sidekick, a rescue dog named Axle! Dr. Carroll is thrilled to serve the community where he grew up and aims to not only be the best chiropractor in East Texas, but also the go-to sports chiropractor in the region.

Dr. Carroll began his studies at Tyler Junior College and quickly decided to pursue his interest of the human anatomy and biomechanics. He transferred to The University of Texas at Tyler and graduated with a bachelor’s degree in Kinesiology and Exercise Science.

After graduating with his doctorate, Dr. Carroll began working toward becoming a Certified Chiropractic Sports Practitioner®. He spent the next year traveling to Nashville, TN to complete his training and learn from medical personnel with the United States Olympic Committee. Dr. Carroll has now been awarded the distinction of being a nationally Certified Chiropractic Sports Practitioner®. His next goal is to begin rotations with the USOC and then to serve as a sports chiropractor for the United States at the Olympic Games. 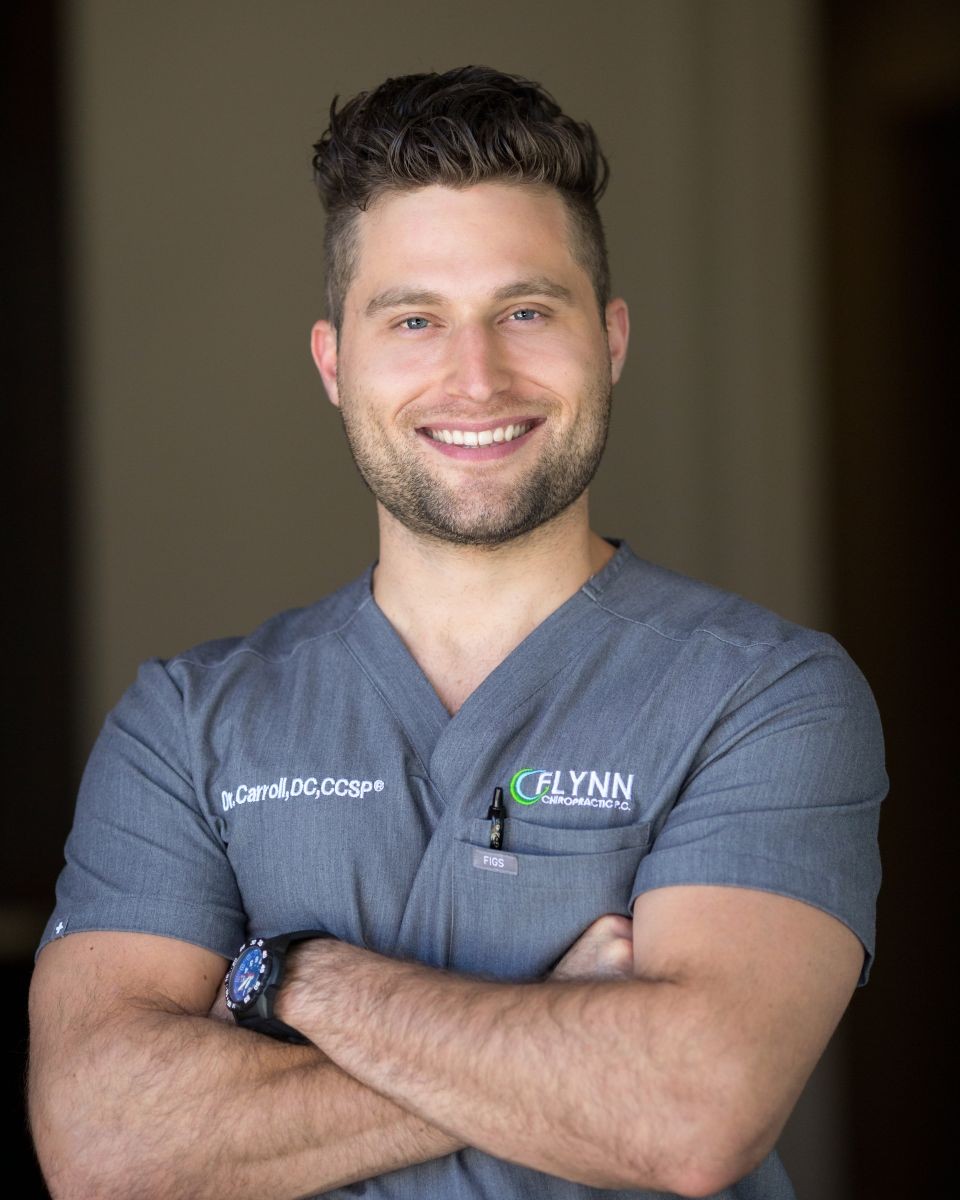 Dr. Carroll is Full Body Certified in the Fascial Distortion Model, and he is also certified through RockTape’s Functional Movement Techniques. Dr. Carroll is a member of the Texas Chiropractic Association (TCA) and is licensed in the state of Texas. He is a certified Emergency Medical Responder through the American Red Cross, as well as SafeSport certified.